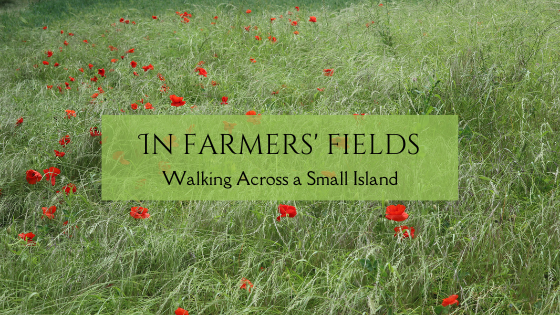 Hiking east to west across a country is an amazing way to really take in the countryside. You can see it slowly change from tidal waterways to river valley to moor and hillside to sandy marshes. This route only crosses two cities of any size – Newcastle and Carlisle – at either end. The vast majority of the trek is through rural England. Much of it traverses working farms and pastures with livestock. So how is it that random people can just walk across someone’s land?

The entirety of Hadrian’s Wall Path, all 84 miles, is considered public right-of-way, a legally protected right. Some paths and roads are so ancient they have been formalized into official ordnance surveys, protecting them as passages forever. Many European countries have codified some variation of the ‘right to roam.’ Citizens are allowed to traverse most land, with the understanding that they are passing through and are not using it to harvest resources or cause any damage while there. 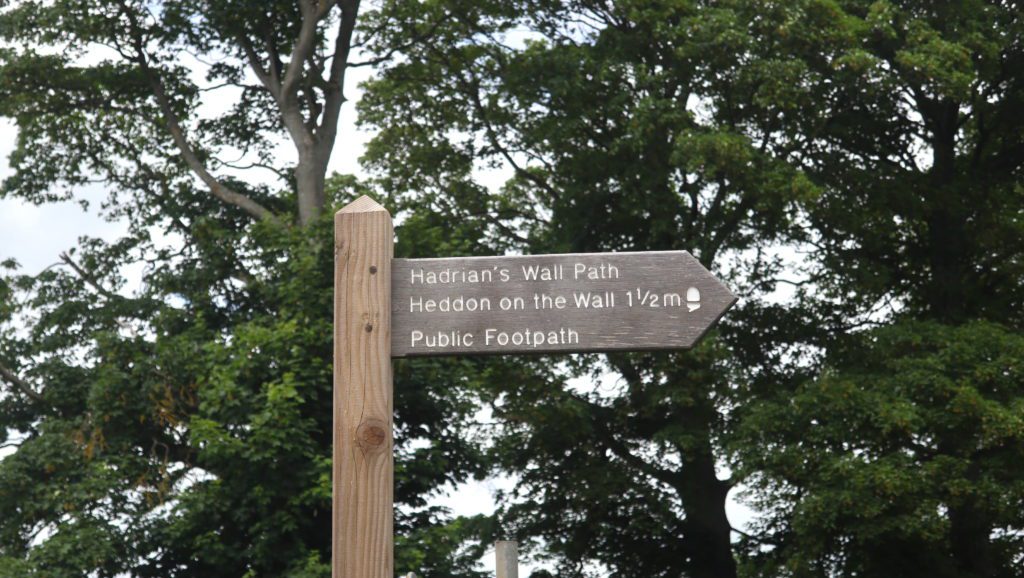 The majority of Hadrian’s Wall Path goes through farms and fields, even when it winds through Northumberland National Park. Much of it is some kind of pasture, meaning livestock watches the walkers. The pastures are usually divided by stone walls. These keep the animals in, but how do walkers pass through? An ingenious collection of gates and stiles that stymie the animals but creatures with opposable thumbs can operate.

The kissing gate has a swinging gate door that touches one side of the fence or the other, with only room for one person to round at a time. 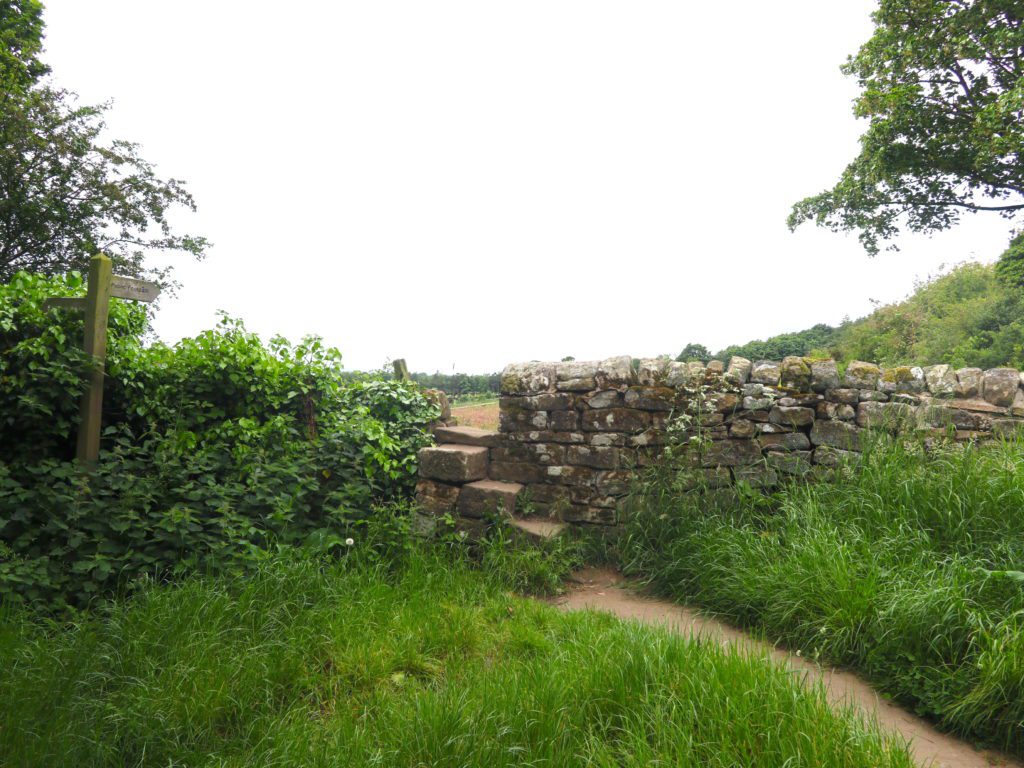 Sometimes steps are built into the stonewalls themselves. 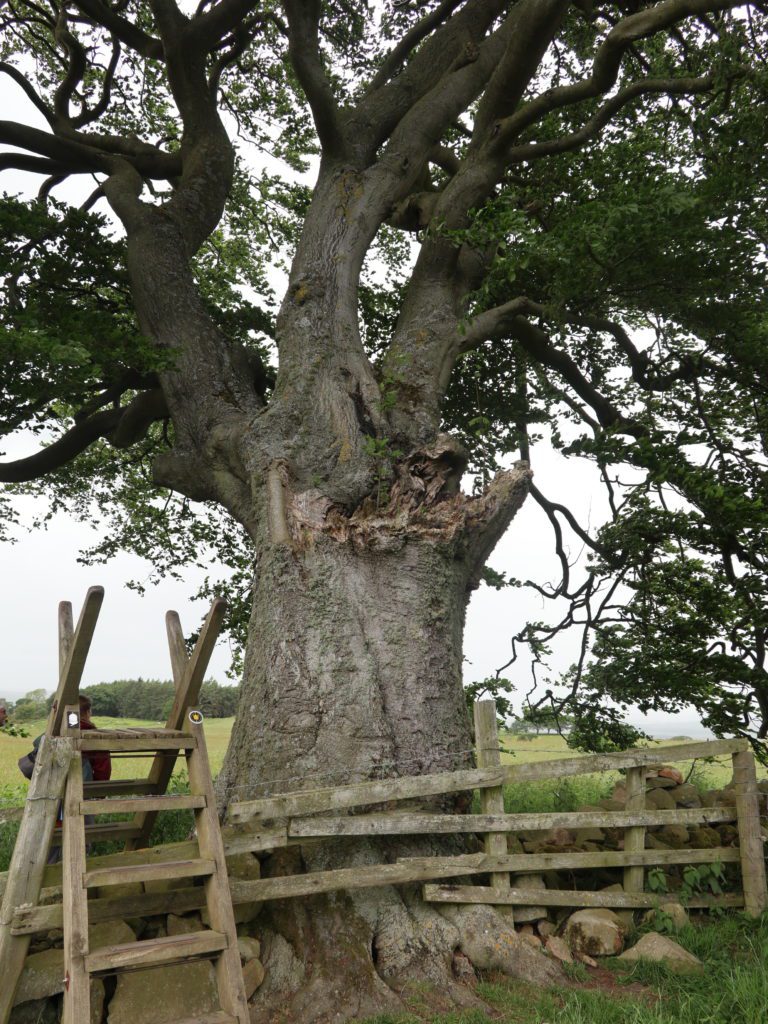 Many fences have small ladder stiles. The easiest way to go over is straddle it like a horse. 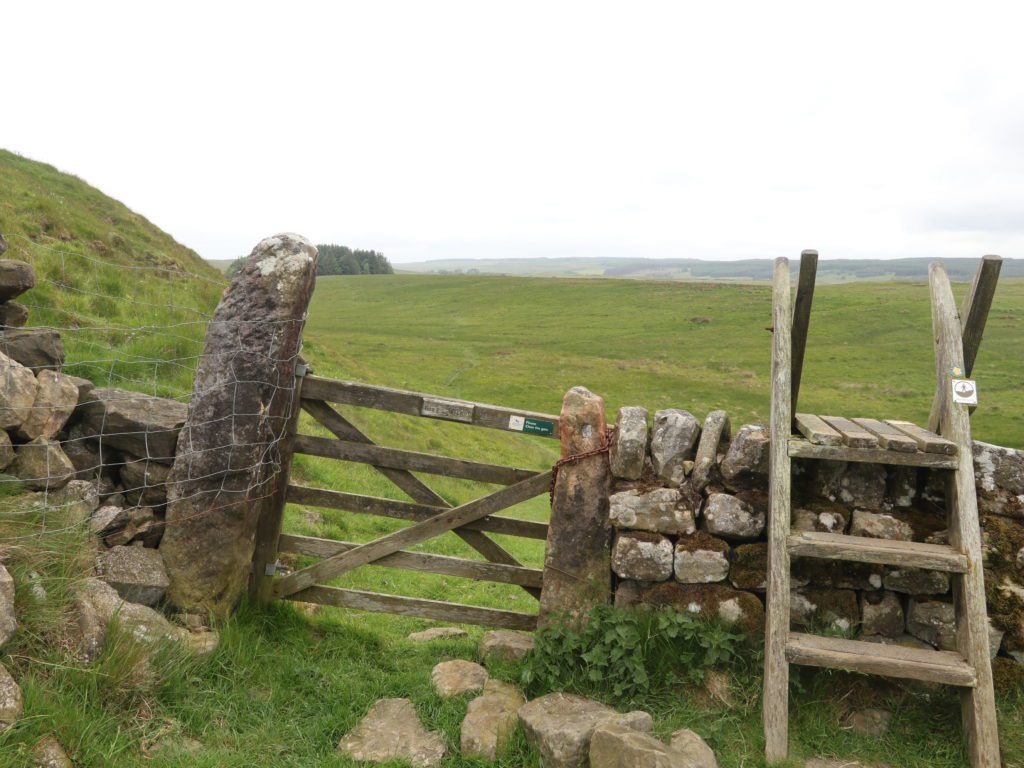 Occasionally a stile will be next to a hooked gate, in case livestock is blocking the way.

Or in this case, a horse who was begging to be let into the next pasture.

Hadrian’s Wall Path is well-maintained by and overseen by The National Trail system. There is even a job called Hadrian’s Wall Ranger at Northumberland National Park! Everything is well marked and looking for the logo while hiking is kind of a silly scavenger hunt. We definitely had fun yelling, “Acorn!” while walking.

In general, there is a culture of walking in England. Taking long daily walks, or even through hiking, is more than common — it’s encouraged. Not only through tourism or promotion; it’s a way-of-life, meaning most places are ready to cater to walkers. Boot racks, packed lunches, bag lockers, and drying racks are just some of the adaptations that are everywhere. I really think normalizing options like this encourage more people to get outside and enjoy nature and the special sites on trails like these.

Next, I’ll be writing about the Roman engineering and its lasting effect on the landscape.

2 thoughts on “In Farmers’ Fields”