REVIEW: The Dame of Sark 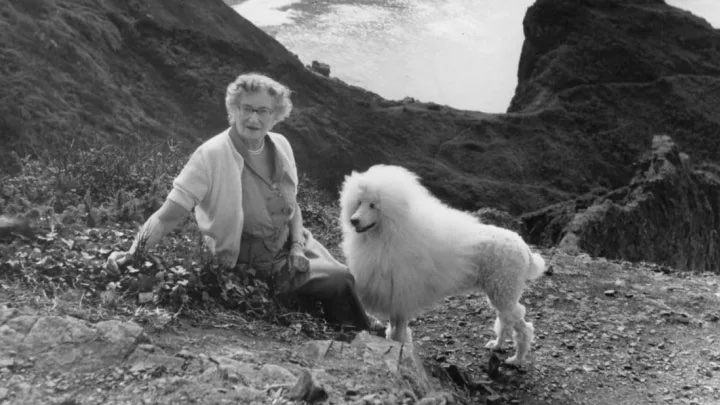 I first heard about the Sibyl Hathaway, Dame of Sark, on the podcast Futility Closet. The story of a fiesty woman who resisted the Nazi occupation of the Channel Islands was so inspiring and, in many ways, hilarious. I finally tracked down a used copy of her autobiography (it’s out of print these days) and was absolutely riveted. The second half of the book focuses on the 1940s and her tactics, but the first half is a lovely overview of the history of Sark and explains its antiquated but thriving feudal system.

Sark (we call it by its ancient name of Sercq) is the only one of the islands which continues to be a purely feudal tenure and I, as the Dame of Sark, owe my allegiance to Queen Elizabeth II as my overlord.

The Dame writes with a bluntness and refreshing style. Her recollections are matter-of-fact and bear the same tone whether she is writing about working in her gardens or hiding potato rations from an occupying army.

The Dame of Sark leveraged her power as an aristocrat, descended from a long line of nobility, but not in the way you might think. She allowed the occupying Nazis to believe she carried much more power than she really did and played on the Germans’ desperation to seem legitimate and respectful of tradition. Indeed, many of the officers sent to oversee the occupation were themselves barons and counts and understood the history of her standing.

Of all of the islands we were in the best position to withstand occupation. We were four hundred people, mostly able to to produce vegetables. … If anything could be thought amusing in those days it was the German effort to control our fishing. They were so afraid that fishing boats might escape and reach England that an armed soldier was placed in each boat, in spite of the fact that no boat had enough to petrol to make the voyage. … I explained over and over again that the success of fishing depended entirely upon the tide, which varied, and the interview always ended with a promise on his part to ‘appeal to a higher authority to have the time varied.’ … This point had to be conceded because the Germans needed the fish as much as we did. The Sark fisherman amused themselves by deliberately steering the boats into large waves, watching the German guards getting well soaked and often sea-sick, and staying out much longer than necessary for the pleasure of watching them get sicker and sicker.

From growing up with a limp, to giving lectures in America, to travelling to India and beyond, to working as a nurse during WWI, to saving her people from the Nazis, to hosting the Queen twice, the Dame of Sark enjoyed a life full of adventure and service, and handled it all with humility and grace.

The book is out of print but occasionally one can find used copies. Do keep an eye out for it. It’s a treasure.