The Feast of St. Nicholas is celebrated on December 6, primarily in Europe. Children leave their boots or stockings out for Nick and if they’ve been good, he will leave small treats for them. But the night before is when Krampus stalks the countryside and collects all the naughty children. A devilish figure, often depicted with horns and cloven hooves, he punishes. Our modern Santa is much more mundane, with the threat only being that Santa would leave coal if you were bad.

This weekend, read these wintry, dark tales to celebrate Krampusnacht, and hopefully avoid being tossed in a burlap sack and carried off into the German night.

Told from the perspective of an unknown (until later) narrator, it opens with strange and unintelligible descriptions of archways, empty chambers, marble statues, and unending stairways — clearly a sensible map to the narrator. Slowly, clues to the narrator’s labyrinthian world take form. Scraps of notes. Glimpses of dark figures. Visits from “The Other.”

Spirits of the Season: Christmas Hauntings

Festive cheer turns to maddening fear in this new collection of seasonal hauntings, presenting the best Christmas ghost stories from the 1860s to the 1940s. As the cold night of winter closes in and the glow of the hearth begins to flicker and fade, the uninvited visitors gather in the dark in this distinctive assortment of Yuletide chillers. 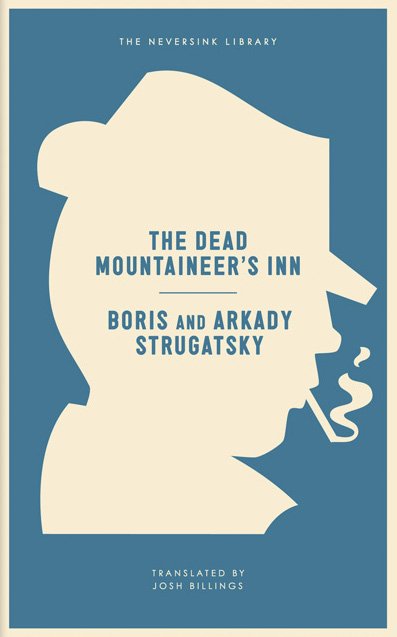 This is a difficult book to describe. There’s an avalanche, a slobbery dog, maybe a ghost, maybe an alien, maybe a spy, probably some mafia, and definitely a world weary cop. Inspector Glebsky escapes his bureaucratic day job to a holiday in remote ski chalet, somewhere in the Russian mountains, in search of a much needed vacation. However, when an avalanche traps the guests in their hillside, and a guest is found dead, Glebsky must act as a detective and solve the locked-room puzzle.

Somewhere in the frozen North, it doesn’t matter where, really, Henna is trying to forget that her parents and twin sister disappeared in a boating accident. Where she lives, it’s always cold and always snowing. One afternoon on a walk she finds a dead body under a tree. Near the body is a scrap of old letter with few clues. The story is couched in the framework of a diary from 1908 of Sara Harrison Shea, a decidedly unreliable narrator who admits at the outset that those around her think she has gone mad. McMahon’s atmospheric writing is so chilling. She uses cold, solid words to evoke the sense of bleakness and ruthlessness of a New England winter. In February 1959, a group of nine experienced hikers in the Russian Ural Mountains died mysteriously on an elevation known as Dead Mountain. Eerie aspects of the incident—unexplained violent injuries, signs that they cut open and fled the tent without proper clothing or shoes, a strange final photograph taken by one of the hikers, and elevated levels of radiation found on some of their clothes—have led to decades of speculation over what really happened.

Have you been naughty or nice? How will you celebrate Krampusnaucht?