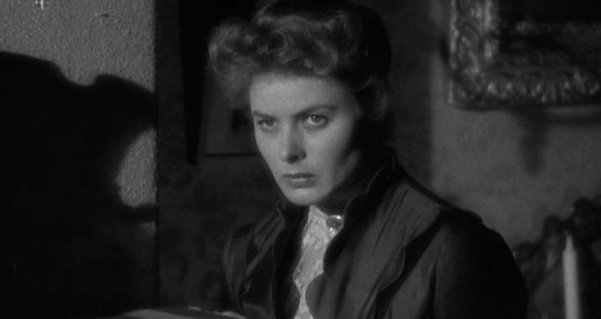 Old movies have always been a part of my life. Ever since I was a little kid, I have been watching them. My parents let me see Rear Window  and North by Northwest before I was five. I watched them over and over and over. And I still watch White Christmas any time of the year. The acting, the colors, the cinematography. It was all so much better than the silly kids movies they were putting out.

When I got my own apartment, and could finally afford it, I added Turner Classic Movies to my line-up. It was on all the time. Folding laundry, eating dinner, doing the bill, insomnia. It got me through it all.

One evening I film called Gaslight came on. Even though I was familiar with the cast and production, I’d never seen it. I quickly became entranced and stopped doing chores. This movie was amazing.

As a woman who begins to question her own sanity and the honesty of her husband, Bergman’s performance is stunning (I later learned she induced insomnia so as to feel more detached and crazy). But it was the idea of madness that spoke to me.

I’ve always loved ghosts and spooky stories. In college I grew to understand Gothic and Romantic literature. Here was a story with all of that woven together — with a topping of WWII feminism.

A couple of years later I found myself working to earn my masters in cinema studies. The dreaded thesis hovered. We all struggled to find that one moment of truth that we could build something brilliant — and a well-researched 50 pages — around. Thankfully, I realized early on that we could (and should) study lesser known movies, even B movies. As my studies continued I wrote about American culture in Niagara, the use of stairs in Hitchcock films, the Southern courtroom on film, and a close study of I Walked With a Zombie, a decidedly B film. In all of these I was circling the ideas of architecture, madness and the Gothic sensibility.

I knew I wanted to write about Gaslight, but other than saying it was really cool, I wasn’t sure where to start. Then it clicked. This was a Madwoman in the Attic story.

In Jane Eyre, the title character is terrorized by the unseen banshee in Thornfield Hall. It turns out Bertha Rochester, her boss’s wife, is crazy and he has locked her in the attic to hide her away. In Rebecca, the second Mrs. deWinter is haunted by the memory of the first wife — and by a particularly dastardly housekeeper. In Gaslight, the husband brilliantly convinces the wife to put herself in the attic.

In simple ways, he uses her own intelligence against her, to the point where even the audience begins to wonder if she is losing her mind. As her sanity starts to crumble, she keeps herself upstairs. Her paranoia, especially with the maid, reaches incredible levels. 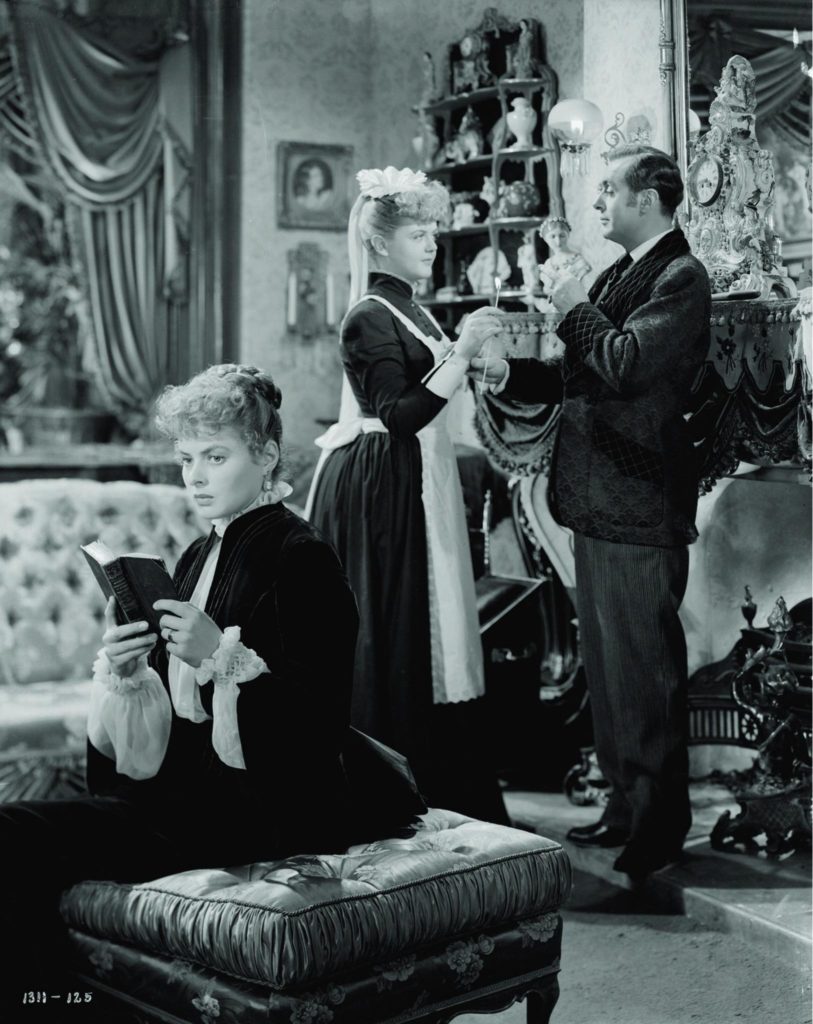 In the end, Gaslight unlocked an entire avenue of thinking for me. It proved to be very fertile ground for research and for writing my thesis. I never tired of studying it, grabbing screenshots, analyzing the trick of the light.

Not to mention it’s a cracking good story. It’s entered the vernacular. To this day, people say, “Are you trying to gaslight me?” It holds up 70 years later without missing a beat. 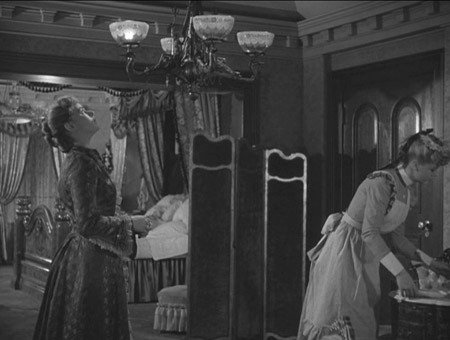 On a side note, if you can get ahold of the DVD, there is a movie by the same name from 1940. It was a British production. The actors are not nearly as famous (although an up-and-coming Anton Walbrook plays the slimy husband) and it is less stylish but it too is a nail biter. It was nearly lost forever. When MGM decided they were going to make Gaslight with Bergman they found all the prints of the earlier version and ordered them burned. They didn’t want the comparison. Thankfully one survived and it has been digitized.

If you’re curious, you can read my thesis here. It traces the genre evolution of the Madwoman in the Attic from Jane Eyre, to Rebecca, to Gaslight, to Les Diaboliques.

Thank you to Nitrate Diva for hosting this blogathon in conjunction with TCM’s Let’s Movie celebration.