ACCENT: THE BIRDS AND OTHER STORIES by Daphne Du Maurier 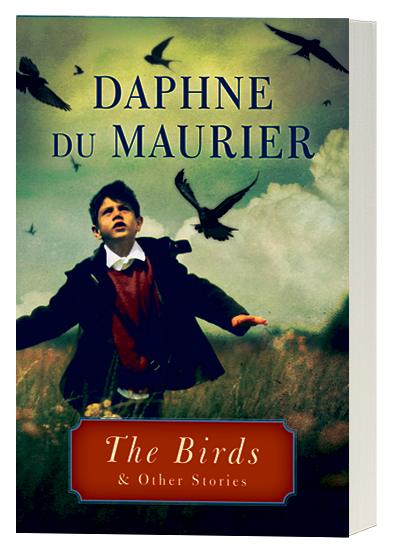 I’m sure I’m like many people in that I’ve seen Hitchcock’s The Birds but I’d never read the story. In fairness, I’ve read plenty of of Du Maurier’s books and stories, but I sort of assumed it was a written version of the film.  And as a cinema student, I’d also seen a couple dozen Hitchcock movies and The Birds wasn’t a favorite. But after a recent viewing and Little, Brown’s new collection release, I decided to go back to the source.

In this original story, the setting is the English countryside, near the ocean, in early December.  The fields are fallow and the days are short.  Farmers are protecting harvests and working on harvesting seed.  Then Nat sees the massive wave of seabirds floating just offshore.

When the attacks begin, it is Nat who tries to warn the other villagers and fights off their invasion. And most of the action revolves around him and his efforts to protect his family.

He seized a blanket from the nearest bed, and using it as a weapon flung it to right and left about him in the air. He felt the thud of bodies, heard the fluttering of wings, but they were not yet defeated, for again and again they returned to the assault, jabbing his hands, his head, the little stabbing beaks sharp as a pointed fork. ~Loc 158

As one reads, it becomes clear that the story is an allegorical representation of the Blitz.  The characters are terrorized by an unknown entity in the sky.  They huddle in houses  with boarded up windows, listening to the chaos outside and hoping it doesn’t penetrate their makeshift fortress.  In this setting, the story has much more resonance than in a quaint village on the California coast.

Also included in this collection are Monte Verita, The Apple Tree, The Little Photographer, Kiss Me Again, Stranger, and The Old Man — perhaps one of the greatest “twists” in short fiction.

Many thanks to Little, Brown for the NetGalley copy.