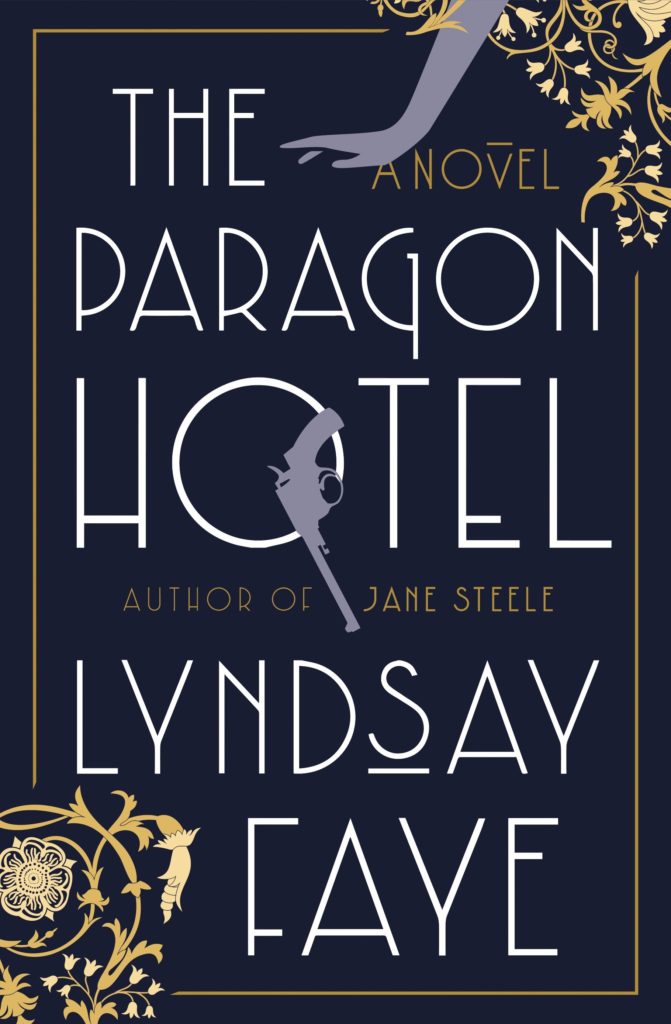 I first discovered Faye when I read Dust and Shadow. That was quickly followed by The Whole Art of Detection and Jane Steele. All of these have their own voice, but they take place in the Victorian era and share a sense of crime and mystery. I absolutely devoured them, so I was intrigued to hear her newest book would star a flapper heroine.

The novel is told from the point of view of “Nobody” Alice James, who the reader first meets with a bullet wound in her side. She has jumped a cross-country train to escape from an unknown pursuer. Fighting off searing pain and feverish hallucinations, her Pullman porter insists she come to The Paragon Hotel to hide while she recuperates. In 1920s Portland, Oregon, this would seem to be a reasonable enough arrangement. But Alice is white and The Paragon is only for blacks.

Amid fears that her would-be killer will find her and witnessing the scare tactics employed by the KKK, Alice helps her protectors find a child who has gone missing.

The Oregon constitution, adopted in 1857, banned slavery but also excluded blacks from legal residence. It made it illegal for blacks to be in Oregon or to own real estate, make contracts, vote, or use the legal system. Like earlier exclusion laws, the constitutional ban, which took effect when Oregon became a state in 1859, was not retroactive, which meant that it did not apply to blacks who were legally in Oregon before the ban was adopted. ~ Oregon Encyclopedia

The novel works mainly because the reader is getting the story from Alice’s perspective. She is genuine in her desire to help the residents of the Paragon Hotel, even though she is naive to the real, underlying problem.

At the same time, she is no clueless innocent. She’s a master of blending in to the background, of being who you assume she is. She swigs whisky. She makes enemies of warring members of the New York City mafia. She hangs out in speakeasies and illegal gambling dens. She wears her hair short and shows her knees. And most entertaining for the reader, she employs a vintage slang that brings just enough flapper to the party — yet Faye never lets Alice sound flippant. Hard-edged, angry and sometimes impatient but not dismissive.

Mrs. Muriel Snider has a face that makes me figure God took His inspiration from a potato. She’s sedately dressed in a brown traveling suit when she isn’t sedately dressed in a nightgown, and I’d wager that she’s sedately dressed in a bathing costume when taking a bath. The Nobody I am with her is fluttery and inexperienced, hinted she met with an embarrassing riding accident, devoutly Protestant, anxious whether she’s authoritative enough when giving her piano lessons, thinks grape juice should be served at all religious services including the Jewish ones, embarrassed to be unmarried. Knitter. That sort. ~ Chapter 1

Alice, never perfect, grows over the course of the book — and she knows she will never completely understand the plight of her friends. Her humility, despite her spunkiness, allows the novel to ring true and avoid being cultural appropriation. The characters are varied and complicated and while it’s not a police procedural or detective novel, there are secrets to be uncovered. The book is engaging not because of the action but because of the people in it.

Thanks to Putnam for the review copy.