GIVEAWAY: THE MEMOIRS OF SHERLOCK HOLMES by Sir A.C. Doyle 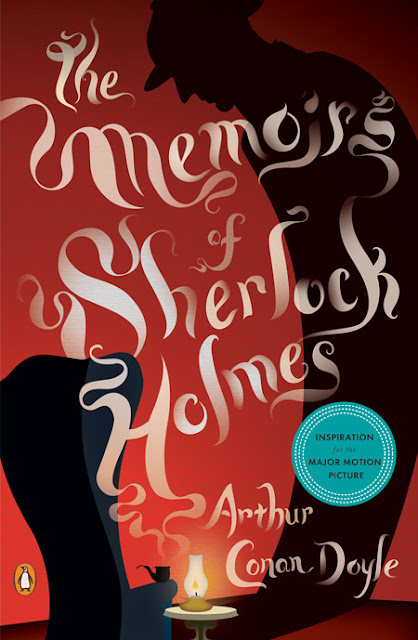 I don’t suppose it’s entirely fair for me to be reviewing a classic.  It’s fairly certain that the tales of Sherlock and Watson are good.  As one who grew up on them and the Granada series (Jeremy Brett IS Sherlock), it’s hard to imagine my literary memory without them.   Rereading them was a joy.  I’d forgotten how lithe and modern the writing was.  Doyle also creates such vivid characters.  Each of their voices is different.  It’s no wonder than 120 years later, people are writing new stories, blockbuster films are being made and critically-accliamed television shows keep people riveted to their sets.  Not to mention, scores of people making the pilgrimage to 221B Baker Street itself (yes, I admit, I went.  And it was wonderful).
Penguin Classics has reprinted this collection of stories, which includes: “Silver Blaze”, ” The Yellow Face”, “The Stockbroker’s Clerk”, “The Gloria Scott”, “The Musgrave Ritual”, “The Reigate Squires”, “The Crooked Man”, “The Resident Patient”, “The Greek Interpreter”, “The Naval Treaty”, and “The Final Problem.”  You can see Doyle’s growing impatience with Sherlock as he reaches fatal finale at Reichenbach Falls. Not to worry, though.  It seems Sherlock isn’t going anywhere for some time.  I’m pretty protective of Sherlock, but it seems in general his inspiration has brought about some fabulous story-telling.
To win a copy of this book is elementary.  Please leave a comment below.  Include your first name, your email (at) com address, and phrase about why you love Sherlock.  US only, please.  Winner will be chosen at random on Sept 27 2011, at 11:59PM EST.