Books To Watch For This Fall 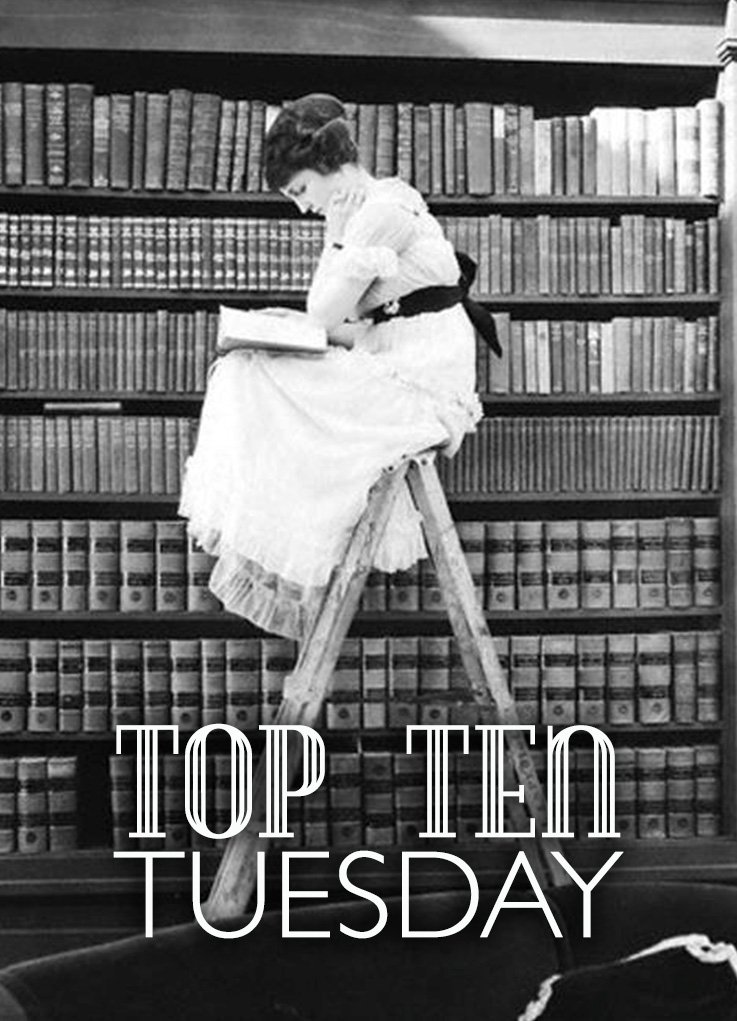 For The Second Half Of The Year 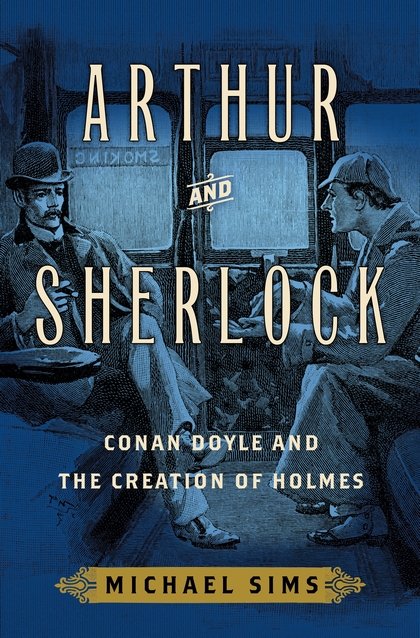 There is no publisher’s description of this one yet, but I’ve been eagerly awaiting it for months. It’s a book about two of my favorite people written by one of my favorite authors. Doyle is an endlessly fascinating person, and who needs an excuse to read more about Sherlock Holmes.

Michael Sims is the author of seven nonfiction books: Arthur and Sherlock, The Adventures of Henry Thoreau, The Story of Charlotte’s Web (which was chosen as a best book of the year by Washington Post, Boston Globe, and other venues), Darwin’s Orchestra, Adam’s Navel (which was a New York Times Notable Book and a Library Journal Best Science Book), Apollo’s Fire, and a companion book to the National Geographic Channel series In the Womb: Animals. His seven anthologies include three so far in his Connoisseur’s Collection series for Bloomsbury: The Phantom Coach, The Dead Witness, and Dracula’s Guest. 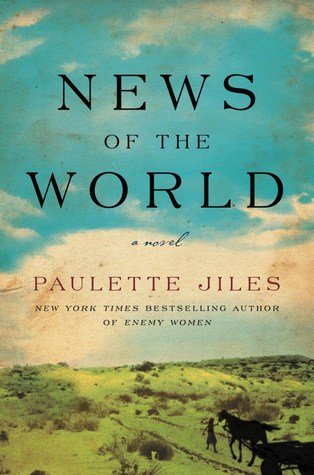 In the wake of the Civil War, Captain Jefferson Kyle Kidd travels through northern Texas, giving live readings from newspapers to paying audiences hungry for news of the world. An elderly widower who has lived through three wars and fought in two of them, the captain enjoys his rootless, solitary existence.

In Wichita Falls, he is offered a $50 gold piece to deliver a young orphan to her relatives in San Antonio. Four years earlier, a band of Kiowa raiders killed Johanna’s parents and sister; sparing the little girl, they raised her as one of their own. Recently rescued by the U.S. army, the ten-year-old has once again been torn away from the only home she knows.

Their 400-mile journey south through unsettled territory and unforgiving terrain proves difficult and at times dangerous. Johanna has forgotten the English language, tries to escape at every opportunity, throws away her shoes, and refuses to act “civilized.” Yet as the miles pass, the two lonely survivors tentatively begin to trust each other, forming a bond that marks the difference between life and death in this treacherous land.

It’s been awhile since I’ve read a good Western and the one sounds like it has a bit of True Grit to it. Plus I recently went to San Antonio and am slightly obsessed with it. 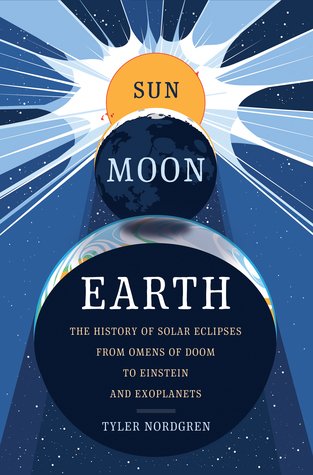 On August 21, 2017, more than ten million Americans will experience an awe-inspiring phenomenon: the first total eclipse of the sun in America in almost forty years. In Sun Moon Earth, astronomer Tyler Nordgren illustrates how this most seemingly unnatural of natural phenomena was transformed from a fearsome omen to a tourist attraction. From the astrologers of ancient China and Babylon to the high priests of the Maya, Sun Moon Earth takes us around the world to show how different cultures interpreted these dramatic events. Greek philosophers discovered eclipses’ cause and used them to measure their world and the cosmos beyond. Victorian-era scientists mounted eclipse expeditions during the age of globe-spanning empires. And modern-day physicists continue to use eclipses to confirm Einstein’s theory of relativity.

Beautifully illustrated and lyrically written, Sun Moon Earth is the ideal guide for all eclipse watchers and star gazers alike.

I don’t know what my deal is, but I love this stuff. I am especially interested in how other civilizations viewed celestial happenings, in particular when the events end up in (now) famous paintings or books. 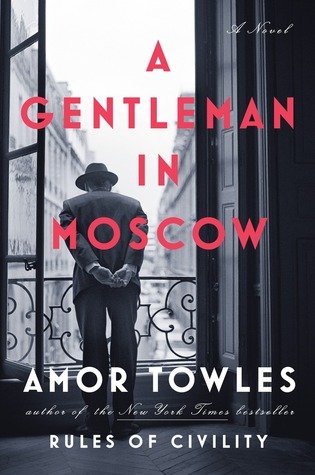 A Gentleman in Moscow immerses us in another elegantly drawn era with the story of Count Alexander Rostov. When, in 1922, he is deemed an unrepentant aristocrat by a Bolshevik tribunal, the count is sentenced to house arrest in the Metropol, a grand hotel across the street from the Kremlin. Rostov, an indomitable man of erudition and wit, has never worked a day in his life, and must now live in an attic room while some of the most tumultuous decades in Russian history are unfolding outside the hotel’s doors. Unexpectedly, his reduced circumstances provide him a doorway into a much larger world of emotional discovery.

I loved Rules of Civility and Eve in Hollywood. That is all. 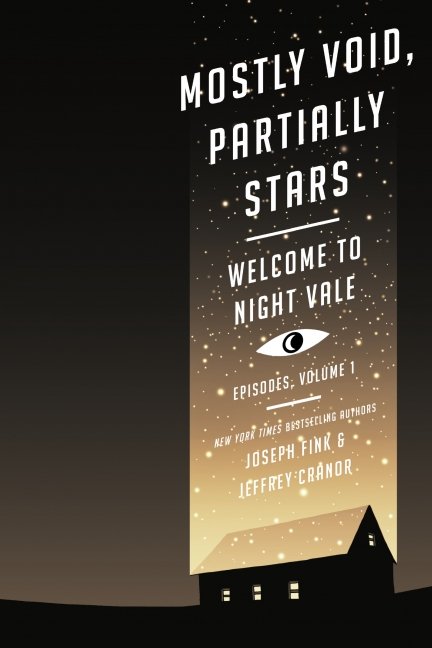 In June of 2012, the creators of Welcome to Night Vale began airing twice-weekly podcasts. By the anniversary show a year later, the fanbase had exploded, vaulting the podcast into the #1 spot on iTunes. Since then, its popularity has grown by epic proportions, hitting more than 100 million downloads, and Night Vale has expanded to a successful live multi-cast international touring stage show and a New York Times bestselling novel. Now the first two seasons are available as books, offering an entertaining reading experience and a valuable reference guide to past episodes.

Mostly Void, Partially Stars introduces us to Night Vale, a town in the American Southwest where every conspiracy theory is true, and to the strange but friendly people who live there.

I have, quite literally, been a fan since the first episode. It’s smart, funny, quirky and just good writing. And its rise to fame is an example of the good guys winning one. 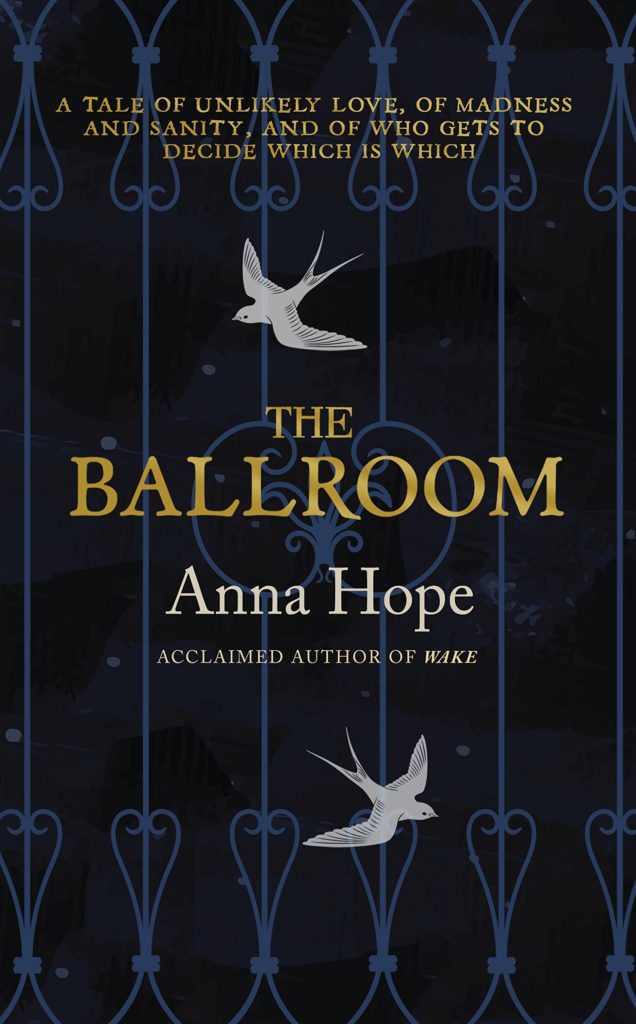 England, 1911. At Sharston Asylum, men and women are separated by thick walls and barred windows. But on Friday nights, they are allowed to mingle in the asylum’s magnificent ballroom. From its balconies and high ceilings to its stained glass and gilded dome, the ballroom is a sanctuary. Onstage, the orchestra plays Strauss and Debussy while the patients twirl across the gleaming dance floor.

I’m not entirely sure on this one, but it’s in an English asylum, which is all it takes to get me to check it out. 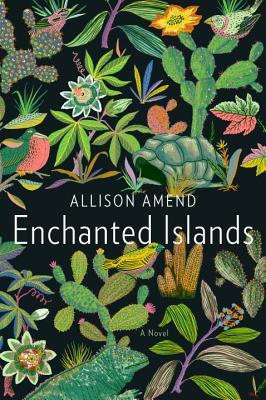 Born in Duluth, Minnesota, in 1882 to immigrant parents, Frances Frankowski covets the life of her best friend, Rosalie Mendel, who has everything Fanny could wish for—money, parents who value education, and an effervescent and winning personality. When, at age fifteen, Rosalie decides they should run away to Chicago, Fanny jumps at the chance to escape her unexceptional life. But, within a year, Rosalie commits an unforgivable betrayal, inciting Frances to strike out on her own.

Decades later, the women reconnect in San Francisco and realize how widely their lives have diverged. While Rosalie is a housewife and mother, Frances works as a secretary for the Office of Naval Intelligence. There she is introduced to Ainslie Conway, an intelligence operator ten years her junior. When it’s arranged for Frances and Ainslie to marry and carry out a mission on the Galápagos Islands, the couple’s identities—already hidden from each other—are further buried under their new cover stories. No longer a lonely spinster, Frances is about to begin the most fascinating and intrigue-filled years of her life.

Inspired by the mid-century memoirs of Frances Conway, Enchanted Islands is the dazzling story of an independent American woman whose path takes her far from her native Minnesota when she and her husband, an undercover intelligence officer, are sent to the Galápagos Islands at the brink of World War II. 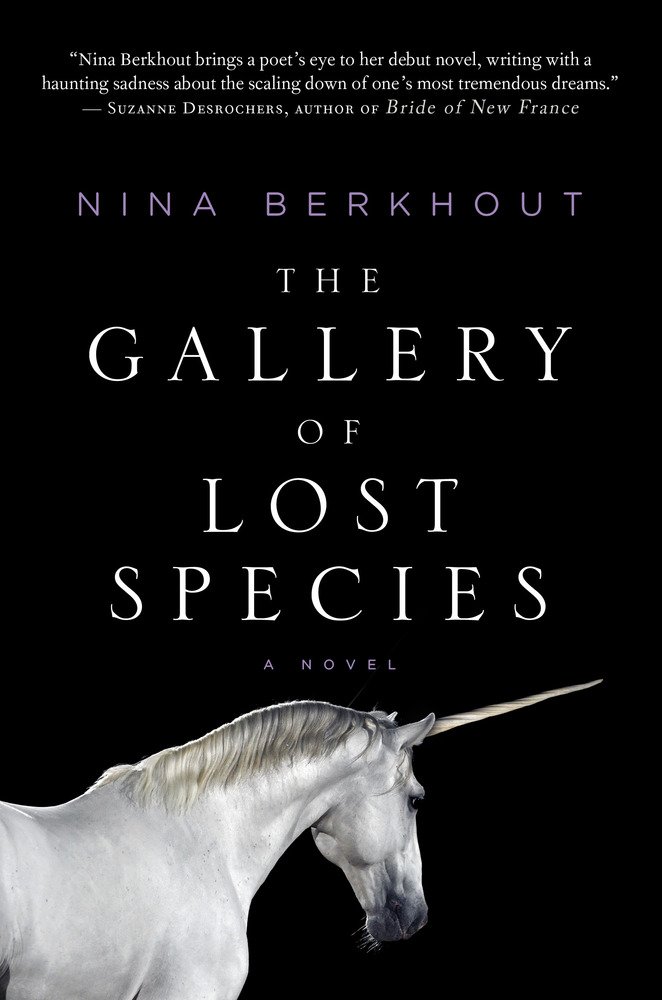 Edith grows up in her big sister Vivienne’s shadow. While the beautiful Viv is forced by the girls’ overbearing mother to compete in child beauty pageants, plain-looking Edith follows in her father’s footsteps: collecting oddities, studying coins, and reading from old books.
When Viv rebels against her mother’s expectations, Edith finds herself torn between a desire to help her sister and pursuing her own love for a boy who might love her sister more than he loves her. When Edith accepts a job at the National Gallery of Canada, she meets an elderly cryptozoologist named Theo who is searching for a bird many believe to be extinct. Navigating her way through Vivienne’s dark landscape while trying to win Liam’s heart, Edith develops an unlikely friendship with Theo when she realizes they might have more in common than she imagined; they are both trying to retrieve something that may be impossible to bring back to life.
Nina Berkhout’s The Gallery of Lost Species is about finding solace in unexpected places – in works of art, in people, and in animals that the world has forgotten.

Admittedly, I’m on the fence about this one. The description has me worried that it is going to go the path of Lisa Frank Trapper Keeper come to life. But as a certified cryptozoologist myself, I feel compelled to at least give it a try. 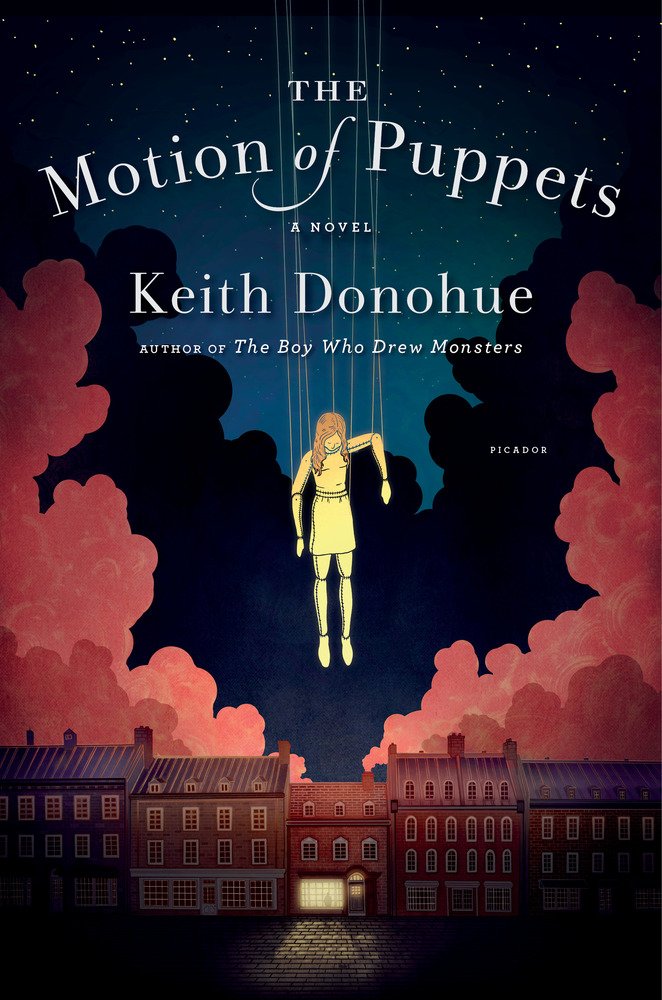 In the Old City of Québec, Kay Harper falls in love with a puppet in the window of the Quatre Mains, a toy shop that is never open. She is spending her summer working as an acrobat with the cirque while her husband, Theo, is translating a biography of the pioneering photographer Eadweard Muybridge. Late one night, Kay fears someone is following her home. Surprised to see that the lights of the toy shop are on and the door is open, she takes shelter inside.

The next morning Theo wakes up to discover his wife is missing. Under police suspicion and frantic at her disappearance, he obsessively searches the streets of the Old City. Meanwhile, Kay has been transformed into a puppet, and is now a prisoner of the back room of the Quatre Mains, trapped with an odd assemblage of puppets from all over the world who can only come alive between the hours of midnight and dawn.

The only way she can return to the human world is if Theo can find her and recognize her in her new form. So begins the dual odyssey of Keith Donohue’s The Motion of Puppets: of a husband determined to find his wife, and of a woman trapped in a magical world where her life is not her own.

It sounds odd, yet magical. If the author pulls it off, it could be wondrous. 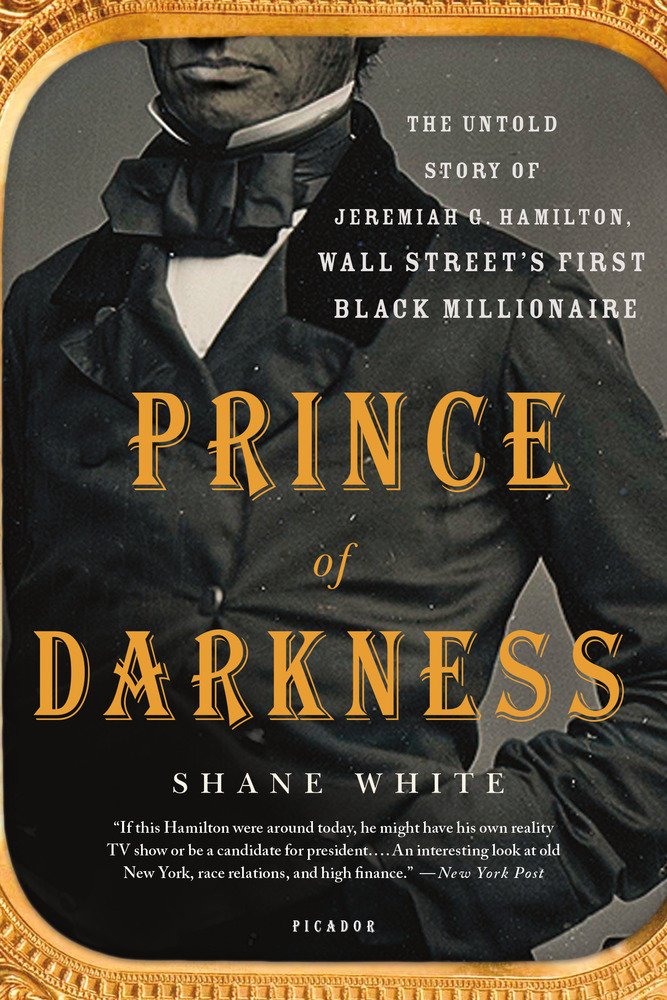 In the middle decades of the nineteenth century Jeremiah G. Hamilton was a well-known figure on Wall Street. Cornelius Vanderbilt, America’s first tycoon, came to respect, grudgingly, his one-time opponent. The day after Vanderbilt’s death on January 4, 1877, an almost full-page obituary on the front of the National Republican acknowledged that, in the context of his Wall Street share transactions, “There was only one man who ever fought the Commodore to the end, and that was Jeremiah Hamilton.”

What Vanderbilt’s obituary failed to mention, perhaps as contemporaries already knew it well, was that Hamilton was African American. Hamilton, although his origins were lowly, possibly slave, was reportedly the richest colored man in the United States, possessing a fortune of $2 million, or in excess of two hundred and $50 million in today’s currency.

In Prince of Darkness, a groundbreaking and vivid account, eminent historian Shane White reveals the larger than life story of a man who defied every convention of his time.

This is a different Hamilton, and also the Winner of the 2016 New York City Book Award.

4 thoughts on “Books To Watch For This Fall”