It was an April morning: fresh and clear / The Rivulet, delighting in its strength, / Ran with a young man’s speed; and yet the voice / Of waters which the winter had supplied / Was softened down into a vernal tone. ~ William Wordsworth

The Wages of Sin by Kaite Welsh

A page-turning tale of murder, subversion and vice in which a female medical student in Victorian Edinburgh is drawn into a murder investigation when she recognizes one of the corpses in her anatomy lecture.

Sarah Gilchrist has fled London and a troubled past to join the University of Edinburgh’s medical school in 1892, the first year it admits women. She is determined to become a doctor despite the misgivings of her family and society, but Sarah quickly finds plenty of barriers at school itself: professors who refuse to teach their new pupils, male students determined to force out their female counterparts, and—perhaps worst of all—her female peers who will do anything to avoid being associated with a fallen woman.

This is a preview as I haven’t read this one yet. I mentioned to Iris at Pegasus Books how much I loved Edinburgh and she sent me a copy to check out. When I visited, I was fascinated by places like the Surgeon’s Hall Museum. Edinburgh really was the center for science and learning, especially in fields like medicine. It was also the home of bodysnatchers and murderers like Burke and Hare.

I look forward to enjoying this one on a stormy night with a pot of Scottish tea. 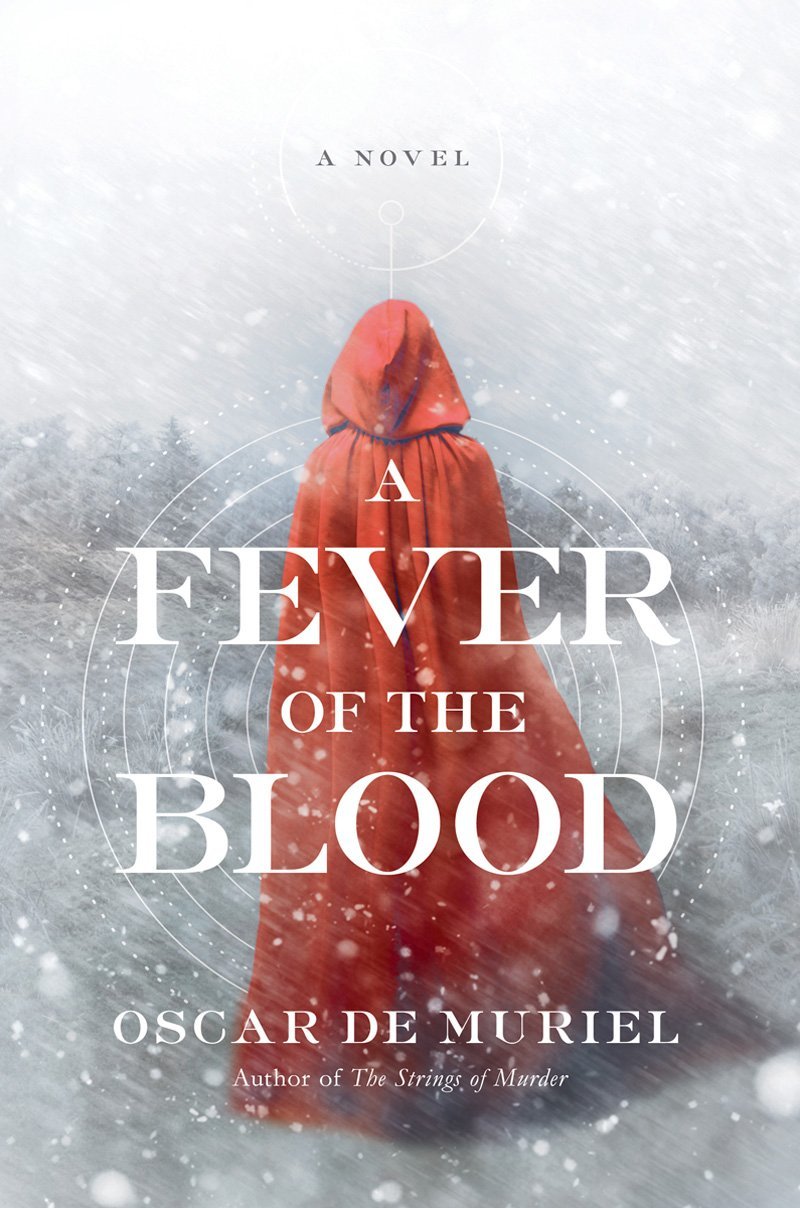 A Fever of the Blood by Oscar de Muriel

Before the murder, the suspect was heard in whispered conversation with a fellow patient—a girl who had been mute for years. What made her suddenly break her silence? And why won’t she talk again?

Another preview of another book in Edinburgh (yay!) — and this one has an asylum. Even better. I’m reading de Muriel’s first book, The Strings of Murder, right now so I want to finish it first before going behind the locked doors of the madhouse.

Minds of Winter by Ed O’Loughlin

In a journey shrouded in mystery and intrigue, Sir John Franklin’s 1845 campaign in search of the Northwest Passage ended in tragedy. All 129 men were lost to the ice, and nothing from the expedition was retrieved, including two rare and valuable Greenwich chronometers. When one of the chronometers appears a century and a half later in London, in pristine condition and crudely disguised as a Victorian carriage clock, new questions arise about what really happened on that expedition-and the fates of the men involved.

Franklin’s expedition has been an unsolved mystery for a number of historians. A couple of years ago, a cryptic note was found, leading archaeologists to a sunken ship believed to be the HMS Erebus, one of two of his ships (Last year, the HMS Terror was also found). This much is true.

O’Loughlin has written a novel based on the story of the lost explorers and the era of discovery. The book also imagines two present-day characters who are in the Arctic looking for clues about the ship’s disappearance.

The book’s strongest narrative is the one set in the 1840s, and when it is presented by the male characters. The female points-of-view are too obsessed with dancing and batting eyelashes. The contemporary narrative is not nearly as gripping. It feels like it is only a vehicle to present certain details, whereas the voice of the adventurers are clear and impassioned.

My thanks to Quercus and E Shaver’s for the advance reader’s copy.

None So Blind by Alis Hawkins

West Wales, 1850. When an old tree root is dug up, the remains of a young woman are found. Harry Probert-Lloyd, a barrister forced home from London by encroaching blindness, has been dreading this discovery. He knows exactly whose bones they are.

Working with his clerk, John Davies, Harry is determined to expose the guilty. But the investigation turns up more questions than answers. Questions that centre around three names. Rebecca, the faceless leader of an angry mob who terrorise those they hate. Nathaniel Howell, a rabble-rousing chapel minister preaching a revolutionary gospel. And David Thomas, an ominous name with echoes from Harry’s past.

This is a fresh new voice in the genre of Victorian crime fiction. Hawkins captures a time and a place so idiosyncratic and makes it real. No doubt, growing up in West Wales herself allows her to tap into that rich seam of language and society. The mystery itself is not the most compelling, but the characters are. The novel feels like it’s written by a novice who will only get better.

2 thoughts on “Books for April”