According to my running list, I’ve read more than 60 books this year. Of course, that number doesn’t include the books I started and didn’t finish for various reasons (I’ve finally gotten old enough to realize I don’t have to finish a book ‘just because’). Some were books to be reviewed, some were stumbled upon at the library, some were glaring at my from the stacks in my library and I finally melted under the pressure. I suppose looking at these in a list, one can see my Gothic tendencies, but these are my favorite reads of the year (with links to my reviews, when applicable). 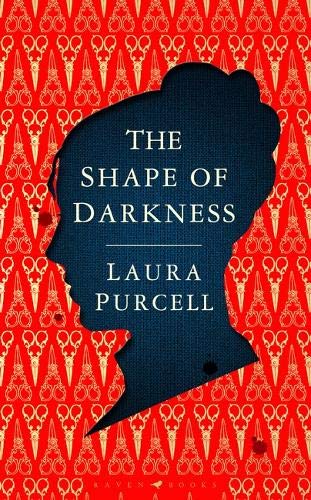 from the publisher: As the age of the photograph dawns in Victorian Bath, silhouette artist Agnes is struggling to keep her business afloat. Still recovering from a serious illness herself, making enough money to support her elderly mother and her orphaned nephew Cedric has never been easy, but then one of her clients is murdered shortly after sitting for Agnes, and then another, and another…

This is a truly original idea from Laura Purcell, who is always good for a creepy read. She excels at giving working class objects and merchants something otherworldly. Also read her The Poison Thread and The Silent Companions.

More about The Shape of Darkness.

from the publisher: Brother and sister Roderick and Pamela Fitzgerald flee their busy London lives for the beautiful but stormy Devon coastline. They are drawn to the suspiciously inexpensive Cliff End, feared amongst locals as a place of disturbance and ill omen. Gradually, the Fitzgeralds learn of the mysterious deaths of Mary Meredith and another strange young woman. Together, they must unravel the mystery of Cliff End’s uncanny past.

I have long loved the classic 1944 film based on this book, and I finally read the novel by Dorothy Macardle. It was even more engrossing and fresh than one would have expected. I cannot recommend this reprinted edition from Tramp Press enough. They’ve also reprinted her other novels, which are even more brilliant. 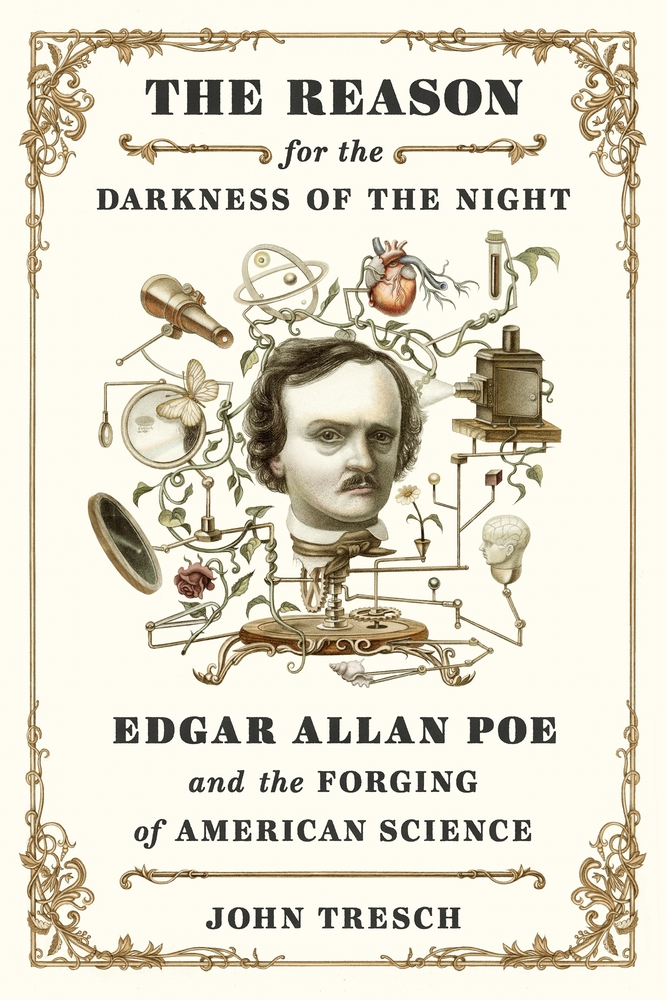 from the publisher: In The Reason for the Darkness of the Night, John Tresch offers a bold new biography of a writer whose short, tortured life continues to fascinate. Shining a spotlight on an era when the lines separating entertainment, speculation, and scientific inquiry were blurred, Tresch reveals Poe’s obsession with science and lifelong ambition to advance and question human knowledge.

It’s really hard to surprise me with new information about Edgar Allan Poe. Not only did this bring a fresh perspective to Poe’s life, it underlined the expansion of scientific discovery (and failure) of the era.

Read my interview with the author and my review of The Reason for the Darkness of the Night. 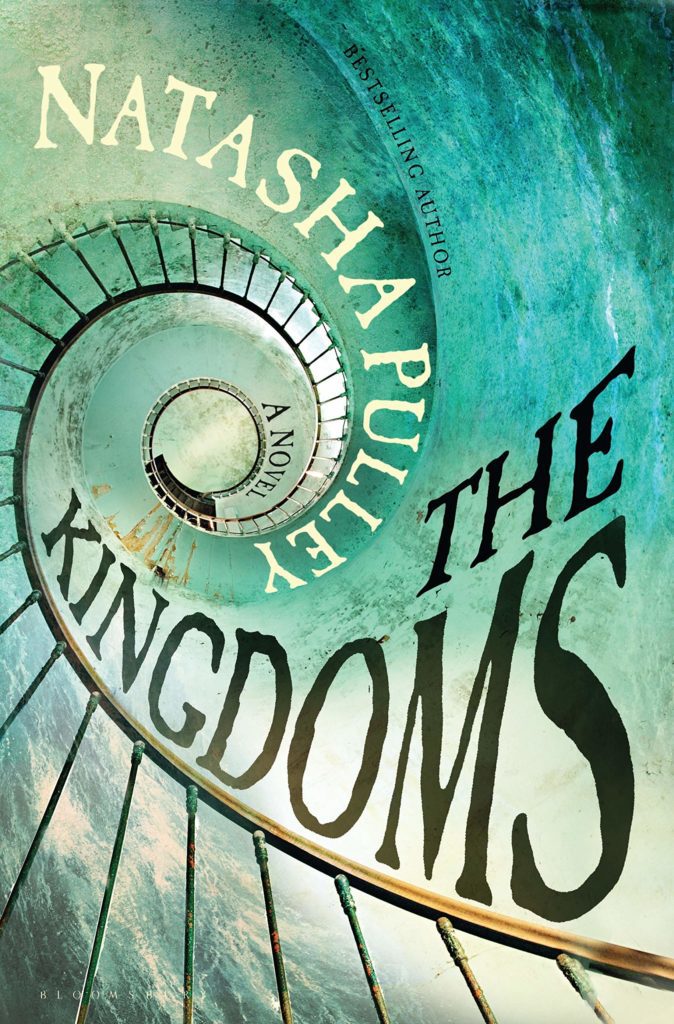 from the publisher: Joe Tournier has a bad case of amnesia. His first memory is of stepping off a train in the nineteenth-century French colony of England. The only clue Joe has about his identity is a century-old postcard of a Scottish lighthouse that arrives in London the same month he does.

Pulley is fastidious in her world-building and balances the back-and-forth perfectly. Even the inclusion of real-life disappearances from Eilean Mor lends credibility to the entire premise. Hers may not be the most likely explanation, but her imagined version is consistent with the facts of the case. As far as I am concerned, Natasha Pulley can do no wrong. I have loved every one of her books and this is no exception.

Read my review of The Kingdoms. 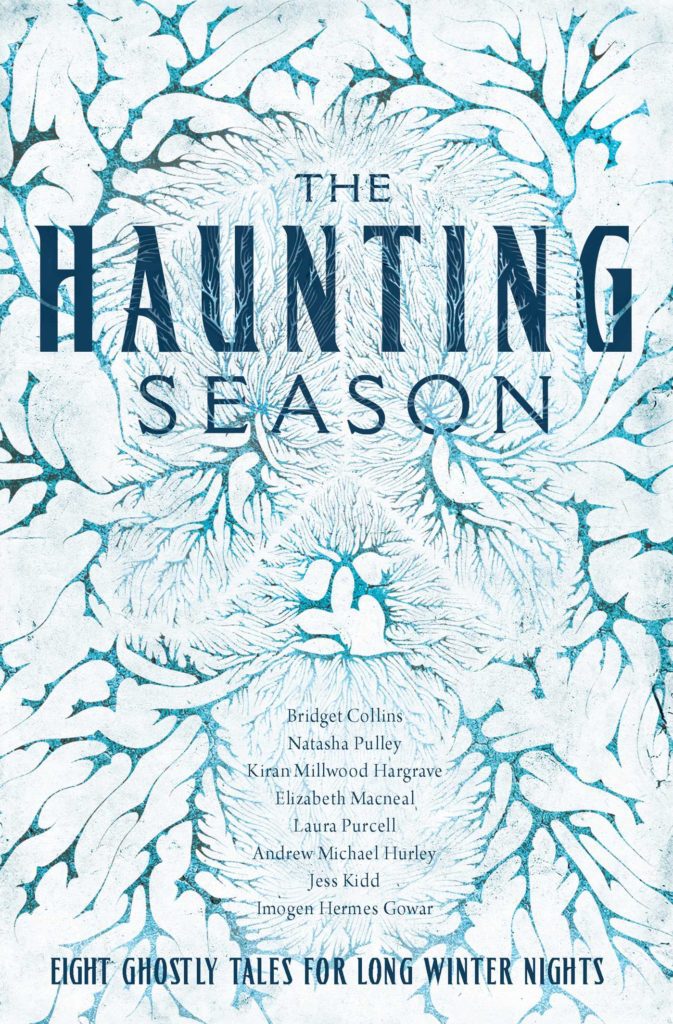 from the publisher: Long before Charles Dickens and Henry James popularized the tradition of supernatural horror, the shadowy nights of winter have been a time for people to gather together by the flicker of candlelight and experience the intoxicating thrill of a spooky tale. Now eight bestselling, award-winning authors—all of them master storytellers of the sinister and the macabre—bring the tradition to vivid life in a spellbinding new collection of original spine-tingling tales.

Creepy tales at the darkest part of the year is definitely something I can get behind. I’m usually pretty skeptical of new collections but I am glad I took a chance on this one. Seven of the eight stories were stellar and one was just fine. An excellent average if you ask me. I highly recommend The Haunting Season.

from the publisher: The harrowing true survival story of an early polar expedition that went terribly awry–with the ship frozen in ice and the crew trapped inside for the entire sunless, Antarctic winter. Drawing on firsthand accounts of the Belgica’s voyage and exclusive access to the ship’s logbook, Sancton tells the tale of its long, isolated imprisonment on the ice–a story that NASA studies today in its research on isolation for missions to Mars.

If you are feeling a bit too cozy next to the fire and want some vicarious adventure, read about the terrifying winters spent aboard the Belgica. We know about the successful voyages to the poles, and the lost Franklin expedition, but this “failed” exploration of Antarctica still uncovered valuable information.

Read my review of Madhouse at the End of the Earth. 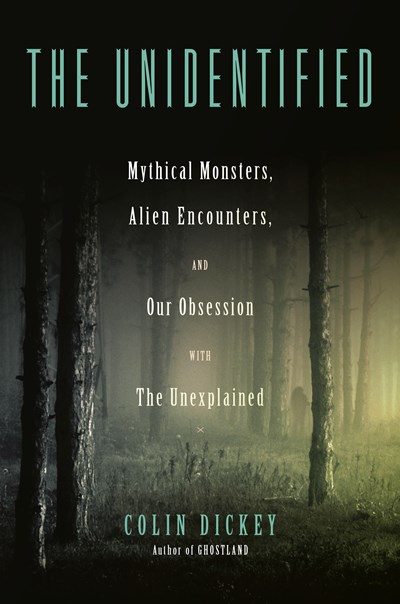 from the publisher: Colin Dickey, Cultural Historian and Tour Guide of the Weird, looks at what all fringe beliefs have in common, explaining that today’s Illuminati is yesterday’s Flat Earth: the attempt to find meaning in a world stripped of wonder. The Unidentified is Colin Dickey at his best: curious, wry, brilliant in his analysis, yet eminently readable.

I find Colin Dickey’s books and essays to be the sort of things I wish I had written. His doubtful but fascinated take on folklore, history, cryptids, and ghosts is precisely how I look at the world of the unknown. It’s as interesting (if not more so, sometimes) to delve into why a community believes in a certain creature or event as the thing itself. The Unidentified is also a great introduction to some of the odder corners of American history. 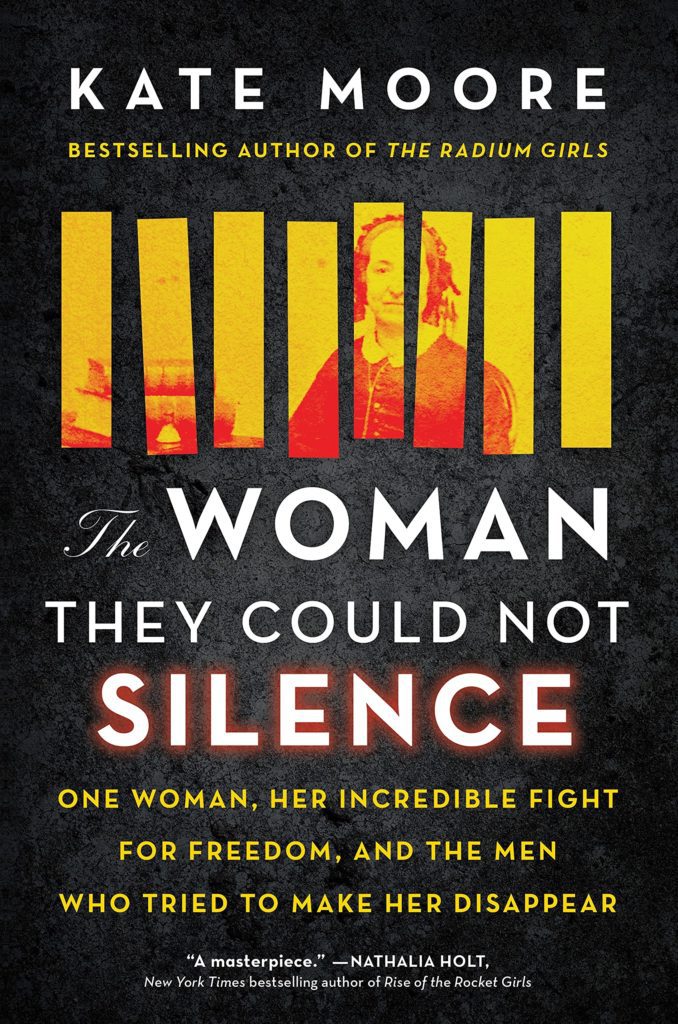 from the publisher: 1860: As the clash between the states rolls slowly to a boil, Elizabeth Packard, housewife and mother of six, is facing her own battle. The enemy sits across the table and sleeps in the next room. Her husband of twenty-one years is plotting against her because he feels increasingly threatened – by Elizabeth’s intellect, independence, and unwillingness to stifle her own thoughts. One summer morning, he has her committed to an insane asylum.

This book was a frustrating, enlightening, and hopeful all at once. The utter nonsensical ‘reasoning’ behind the commitment of women to asylums is in itself maddening. Still, Elizabeth’s determination is inspiring. No doubt, many women have been saved from similar fates because of her work.

Read my review of The Woman They Could Not Silence.