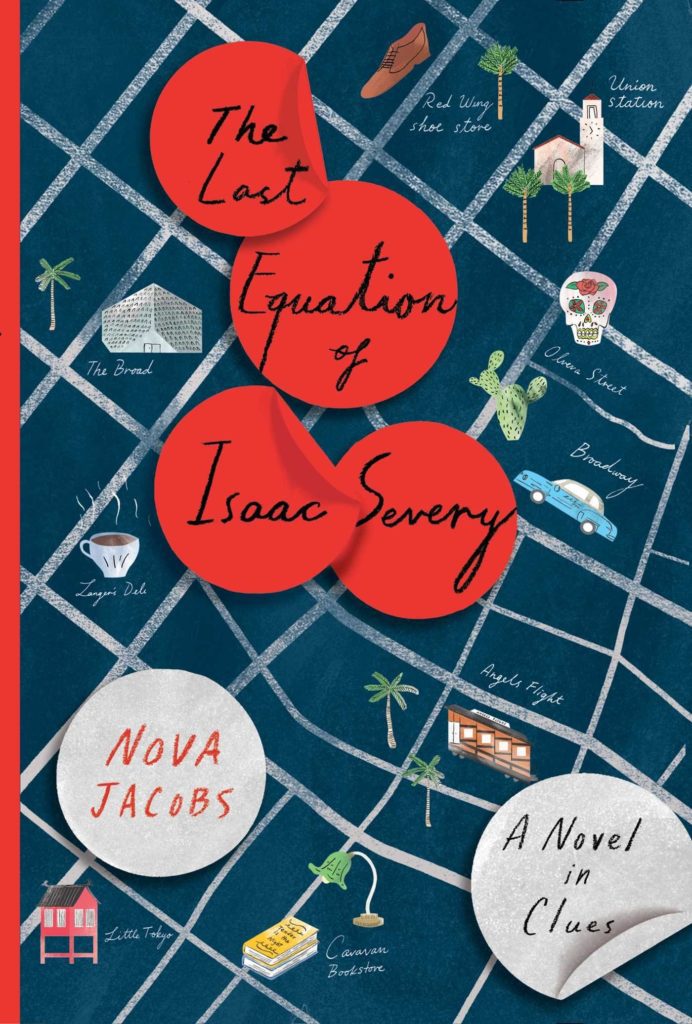 Yes, there is math but don’t be alarmed – you don’t have to understand any equations to read this book.

In this debut novel, our protagonist is launched into a strange, real life scavenger hunt. Isaac Severy, a brilliant physicist and mathematician is dead. His adopted granddaughter Hazel leaves a failing used bookstore and fizzling relationship in Seattle to attend the L.A. funeral.

At the reading of the will, she learns Isaac had a task for her. She begins to follow the (mostly) literary clues, and she slowly realizes he is trying to hide a mathematical breakthrough from the bad guys. It’s up to her to find it and destroy it before anyone else gets their hands on it. And it is Hazel’s point-of-view storyline that has the most spunk.

The other storylines are shorter and fewer, which is for the best because they are far less interesting. Working on the puzzles with Hazel and seeing how the storylines become linked, is the strength of this book. As the story progresses, however, it becomes much more about Hazel’s relationships and inner thoughts.

She had to stop and grab hold of the starboard rail for a few breaths. She couldn’t let herself fall apart right now. It would only draw unwanted attention. ~ Loc. 3860

Though it’s not listed as such, the book felt more like a YA or new adult, rather than straight ahead adult fiction. The tone shifts from diverting adventure to a coming-of-age story. I much preferred the initial style, but either way it felt uneven.

It’s an enjoyable if imperfect read.

Read via NetGalley. My thanks to Simon & Schuster.