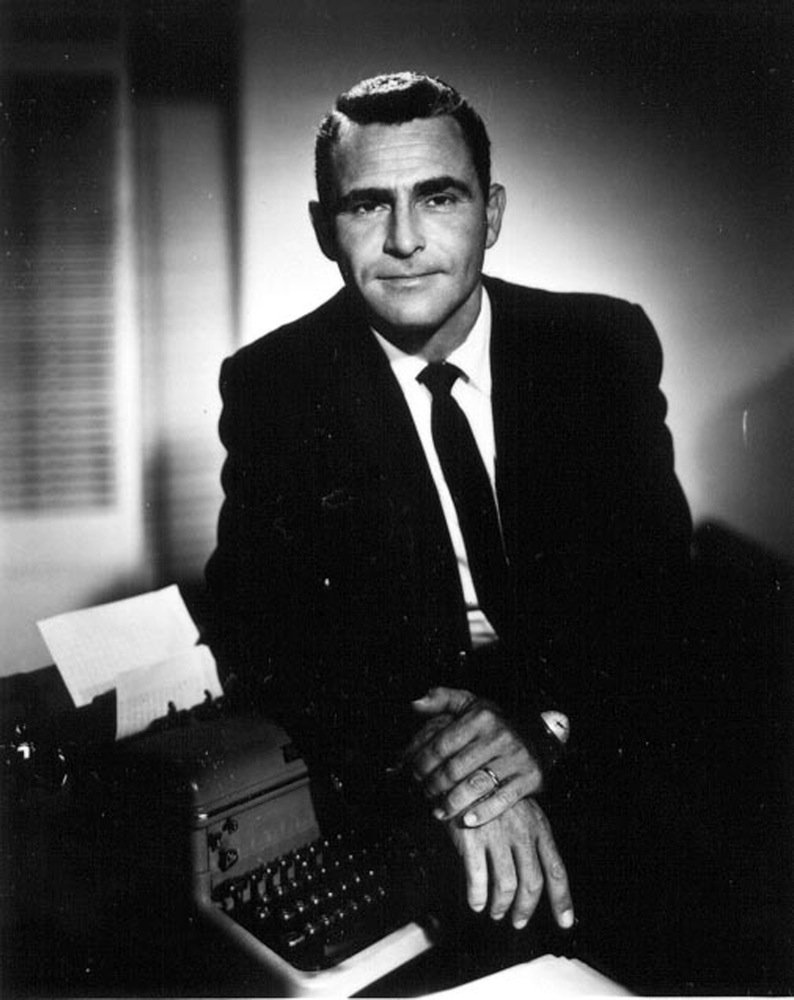 Writer Rod Serling created The Twilight Zone, a low-budget but successful television series that melded philosophy, science fiction and modern anxieties. Serling was a writer first, and the episodes reflected an attention to tapping into something that lies just beneath the surface. Here is one of my favorite quotes:

“Martin Sloan, age thirty-six, vice-president in charge of media. Successful in most things but not in the one effort that all men try at some time in their lives – trying to go home again. And also like all men perhaps there’ll be an occasion, maybe a summer night sometime, when he’ll look up from what he’s doing and listen to the distant music of a calliope, and hear the voices and the laughter of the people and the places of his past. And perhaps across his mind there’ll flit a little errant wish, that a man might not have to become old, never outgrow the parks and the merry-go-rounds of his youth. And he’ll smile then too because he’ll know it is just an errant wish, some wisp of memory not too important really, some laughing ghosts that cross a man’s mind, that are a part of the Twilight Zone.”
― Rod Serling